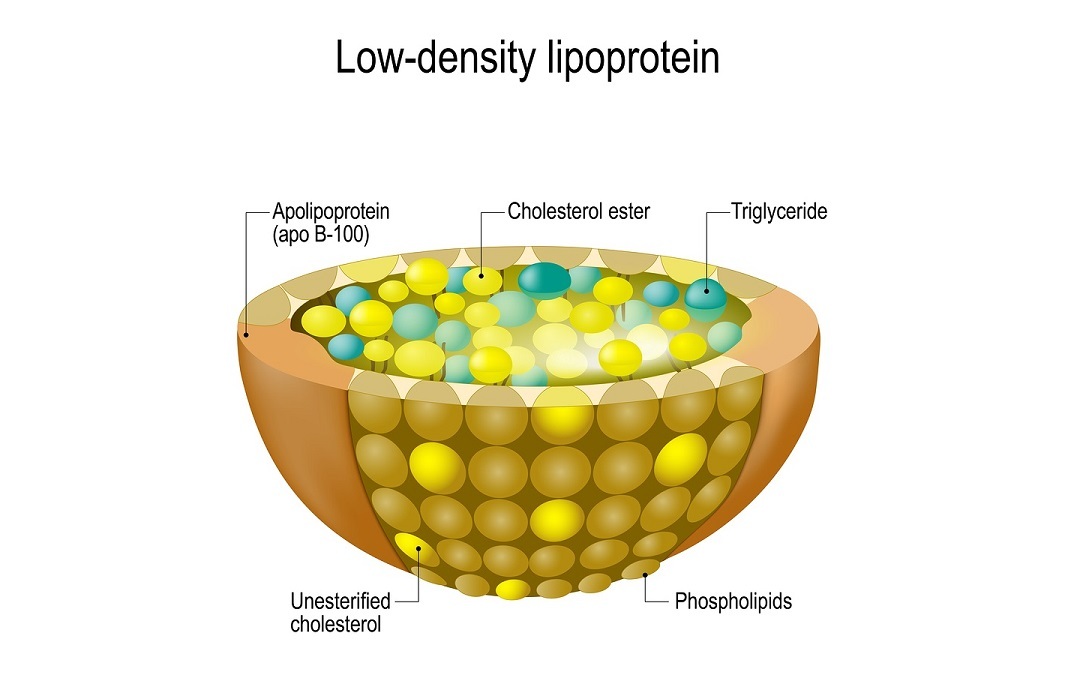 However, the theory that LDL is “bad” persists in the mainstream media and with Big Pharma, mainly because they would lose billions of dollars in drugs and treatments to admit the theory lacks merit.

The hypothesis of saturated fat creating artery-clogging cholesterol as the source of heart disease should be considered dead and incapable of resuscitating, based on the scientific evidence.

But one still sees and hears fearful statements about lowering cholesterol and avoiding heart disease, mostly on mainstream media but even all too often on internet alternative media sources.

Current research is showing LDL is not dangerous and it’s not an accurate marker for pending heart disease.

An Explanation of Cholesterol and How LDL and HDL are Differentiated

Mainstream medicine and pharma-funded research maintains that LDL is the cholesterol that causes coronary congestion.

Perhaps because research has discovered people with high HDL (high-density lipoprotein) live longer than those with low HDL, HDL is now considered the “good cholesterol.”

For the most part, cholesterol is cholesterol and it’s all good for so many hormonal and structural purposes in our bodies.

Cholesterol is a waxy lipid substance. It doesn’t mix with our watery plasma. It needs to be carried in the blood’s plasma by lipoproteins, tiny protein spheres that carry cholesterol to wherever it’s needed in the body.

Our bodies actually need cholesterol for many hormonal and cell building functions.

Cholesterol is categorized by the density of its lipoprotein carriers. The density is a factor of the ratio of protein to cholesterol in the particles. High-density lipoproteins (HDL) are smaller with around 50 percent protein and 20 percent cholesterol.

Low-density lipoproteins (LDL) are larger and contain around 25 percent protein and 50 percent cholesterol.

The mainstream claim is that HDL is the “good cholesterol” because it sweeps up the LDL cholesterol from arteries or other unwanted areas and routes it back to the liver where it came from. (Source)

But if the liver generates LDL cholesterol particles that are carried to various organ tissue areas, including the brain and nervous system as needed, why is it called “bad cholesterol?”

The conventional explanation has been that LDL particles stick to the endothelial cells of inner arterial walls.

Before we explore the veracity of this claim, let’s have a look at how important cholesterol is for our health.

How cholesterol helps keep us at optimum health:

It logically follows that by drastically lowering cholesterol with statin drugs, at least some of the listed functions will be impaired leading to some serious side effects such as muscle or tendon tearing, chronic fatigue, mind fog or impaired memory, and even heart attacks.

Many statin users who had experienced inexplicable side effects recovered completely within a few short weeks after no longer dosing with statins.

The LDL Theory of Heart Disease is Busted – With an Asterisk

The title below links to an article covering a review study by several international researchers published in September of 2018. Their peer-reviewed published paper rips the LDL theory of heart disease causation to shreds. See:

Experts Review of 107 Scientific Studies: Cholesterol Does Not Cause Heart Disease – Statin Drugs are Useless

Of course, the research is marginalized and the medical old guard attacked the researchers via mainstream media to keep the war against LDL (the bad cholesterol) going and maintain statin drug profits.

Cholesterol fear is maintained now that LDL remains as the cholesterol culprit for heart disease. The mantra to avoid saturated fat and lower cholesterol continues.

The same network of doctors and scientists, The International Network of Cholesterol Skeptics (THINCS) who put together the review above, supplied suggestions of potential causes of heart disease other than cholesterol. See:

The suggestions in the above article are examples of where heart disease research should go now that the lipid theory of heart disease has been ripped to shreds, not only by THINCS members but others as well.

Dr. Ronald M. Kraus, MD is a co-creator of a device that can sort out VLDL (very low-density lipoprotein), from LDL.

VLDL (very low-density lipoproteins) is the “asterisk” mentioned in the title of this section. It will be covered in the next section after this quote by Dr. Kraus:

Low-fat diets are old news, you say? Try telling that to the makers of, say, Baked Lays. It will take us years to shake off the damage done by broadly implicating fat in the diet. Everybody I know in the field — everybody — recognized that a simple low-fat message was a mistake.

I spend a lot of time talking to reporters and trying to explain that dietary cholesterol is not the same as blood cholesterol. (Source)

In other words, the saturated fat causation of heart disease is wrong, but it still lingers enough for the pharmaceutical and processed food industries to profit from this “cholesterol con.”

Despite this uprising from several in the medical science community, the public perception is still held hostage to the official nutritional and medical dogmatic doctrine of using high LDL as a marker for heart disease.

The mainstream medical monopoly’s use of mainstream media, which thrives from Big Pharma’s advertising revenue, helps keep the cholesterol con afloat. Behind the mainstream public scenes, those who know better are publicly challenged ad hominem while the details of their findings wind up in mainstream media obscurity.

Triglycerides are intended as storage to be utilized for energy when other dietary energy sources wane or the need for more energy arises.

But that very rarely happens in our culture of accessible cheap foods, especially with processed and junk fast foods.

Add “energy drinks” to the mix, and as the body gets overwhelmed with foods that disrupt metabolic processing, the triglyceride fat just keeps accumulating.

The smaller, heavier VLDL particles can burrow into inner arterial walls and cause inflammation with their oxidation-prone triglycerides.

Guess what tries to patch up that inflammation?

Cholesterol, manufactured and distributed by the liver, aka LDL. Internal tissue repair is one of its functions.

And what’s been discovered and is gradually being accepted everywhere, except for mainstream medicine, government nutritional agencies, and the mainstream media, is that excess sugar, refined carbohydrates, and HFCS (high fructose corn syrup) are the culprits behind obesity, diabetes 2, and coronary artery disease (CAD).

Dr. Robert Lustig, pediatric endocrinologist professor at the University of California, San Francisco, has been on a mission exposing the role sugar and HFCS play with creating heart disease by causing arterial damage with triglyceride fats carried by the VLDL particles.

So we were using the wrong marker [cholesterol] all along. It turned out the triglyceride was way worse. Triglyceride is basically what your liver does to sugar. And again, sugar was the problem, Yudkin* was right, and the food industry killed him. [* added] (Source)

The whole statin drug industry, along with the food industry and its processed low-fat foods that would accommodate the low and no fat diet philosophy are shams based on the totally erroneous assumption that cholesterol from dietary saturated fats is the main source of cardiovascular disease.