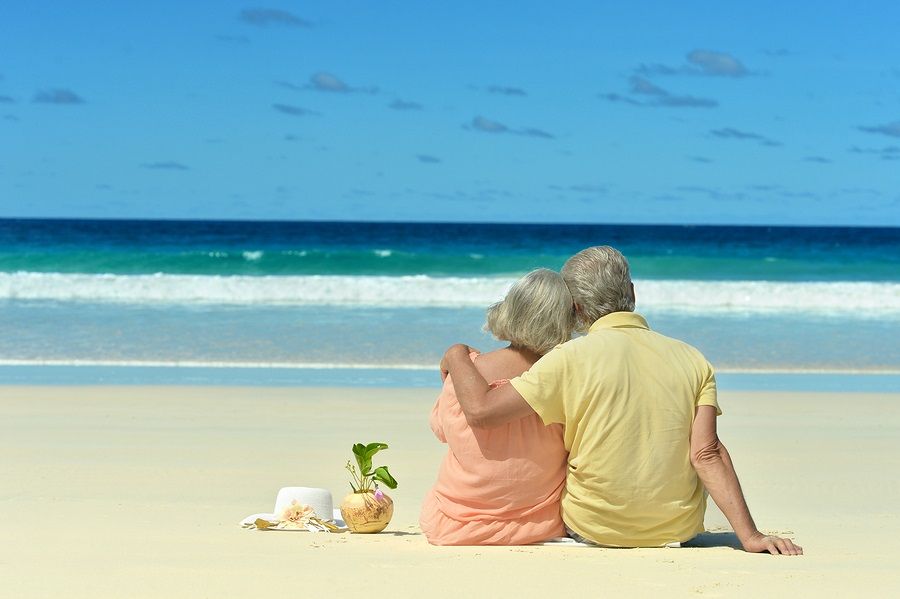 With the prevalence of conditions associated with dysfunctional energy metabolism, the use of the ketogenic diet and ketone bodies as an efficient energy source has shown a remarkable therapeutic potential for a wide range of disorders, from cognitive health and neurological diseases to cancer and autoimmune issues, all of which have inflammation and/or a form of metabolic dysregulation in common.

In recent years, a significant amount of research done using the high-fat low-carb diet (HFLC) has centered around the neurological and brain-stabilizing benefits of using ketone bodies, rather than glucose, as fuel for the brain. The increasingly affirming results are leading researchers to wonder if burning ketones might lead to, not only a lighter population through the resulting weight loss, but also a happier and more productive one as well.

As Rudyard Kipling opined, it’s “funny how the new things are the old things.” And the Ketogenic Diet fits that bill perfectly, with its tenets based on an ancient practice utilized by most every culture and across species worldwide: fasting. The diet mimics the fasting state and places the body into ketosis, a metabolic state which forces the body to burn ketones rather than glucose for energy.

When there is an absence of dietary glucose, ketone body production is initiated, mainly by the mitochondria in the liver, through the breaking down of stored fatty acids into ketones which fuel the body more efficiently than their glucose counterpart.

These ketone bodies, hydroxybutyrate (BHB), acetoacetate and acetone, are water-soluble fats which are delivered via the bloodstream to the body’s waiting mitochondria in the organs and brain, all while endogenously-derived glucose keeps the blood sugar at a healthy normal level.

The Classic Ketogenic Diet consisted of a 4:1 ratio of fat to protein and carbs, meaning that 90 percent of one’s calories would be obtained from fat, with protein coming in at 6 percent and the rest of the 4 percent made up of carbs.

The strict carbohydrate limitations made even the most passionate follower’s excitement dim over long periods of time on the diet. The modern Ketogenic diet tends to be more flexible, with ratios of fat at a more manageable 85-70%, protein in the 20-30% range and carbs at 5% or below.

A quick search on the Internet will illuminate the various options with this diet in mind-numbing detail. No matter which version you follow, the low percentage of carbohydrates coupled with the large amounts of dietary fat is necessary for reaching nutritional ketosis and benefiting from endogenously-derived ketone bodies; but recent research has found that the use of exogenous ketone bodies may hold an even more promising potential.

Exogenous (which simply means originating from outside the body) ketones can be used with great success to avoid the dreaded “Keto flu,” which can occur as your body transitions from burning glucose as the primary fuel source to burning fat as its new favorite fuel.

Reaching a state of ketosis can take some time as the body adapts to the ketogenic diet, during which time symptoms such as headaches, nausea, sugar cravings and fatigue can create quite a bit of misery.

While adding exogenous ketones to your diet is an excellent way to skip much of the discomfort of transitioning diets and affords the body plenty of energy throughout, other benefits of exogenous ketones are quickly coming to light.

Neurological Benefits of the Ketogenic Diet for Alzheimer’s and Strokes

The neuroprotective abilities of the Keto diet and ketone bodies, particularly Beta-hydroxybutyrate, is in its ability to prevent reactive oxygen species (ROS) associated with NLRP3 inflammasome activation, as well as improving stress-induced NLRP3 inflammasome activation. Beta-hydroxybutyrate on its own is rightfully gaining distinction as a potent anti-inflammatory.

While acute inflammation plays an important part in the defense of the body by alerting the immune system so it can begin the healing process, chronic inflammation (inflammation which continues to sound the alarm incessantly for a prolonged period of time) is destructive and is linked to a variety of diseases such as heart disease, stroke and autoimmune disorders.

Inflammation is also seen in psychiatric disorders, such as with the correlation between depression and inflammation, and Alzheimer’s disease and inflammation, with both being widely researched. Also, it’s been observed that neuroinflammation can be both contributory and consequential in the case of Ischemic stroke.

Neuroprotective effects of ketones have been shown in ischemic stroke models, with the use of both the Keto diet and exogenous ketones, and in particular Beta-hydroxybutyrate (BHB). Ischemia is an inadequate supply of blood to a particular part of the body, which in the case of stroke results from a blood clot or plaque buildup in one of the arteries preventing blood supply from reaching a portion of the brain and depriving it of oxygen and nutrients. Beta-hydroxybutyrate’s ability to act as any anti-inflammatory allows for improved blood flow and nutrient delivery to damaged areas. In the case of the preemptive use of ketones as fuel, damage is reduced or prevented.

Researchers have shown that ketones, either endogenous or exogenous, may be used in Alzheimer’s disease as well, to replace glucose as the brains primary source of energy.

Past studies concerning features of early Alzheimer’s disease have shown region specific declines in the brain’s ability to metabolize glucose. Mitochondrial efficiency is increased via an increase in ATP production with the use of ketone bodies, which allows the brain to subvert its reliance on glucose.

In a study conducted to observe the effects of the Ketogenic diet on cognition, data showed a benefit of adopting the diet throughout the different stages of life and focused in on the benefits for beginning the diet in later-life.

The study ascertained that ketones have a positive influence over cells through their signaling properties, which includes the ability to halt oxidative stress. Elevated levels of the ketones BHB and acetoacetate, plus the ketogenic diet’s ability to bypass the body’s glucose requirements for energy metabolism and burn ketones instead, improved cognitive function and anxiety levels. The research also showed promise in the use of ketones for anxiety-related disorders.

Comorbidity between depressive disorders, anxiety disorders and Alzheimer’s disease have long been established, and interestingly the same regions of the brain involved with focal epilepsy, the hippocampus and the amygdala, also play active roles in the neurobiology of anxiety, making the use of ketones relevant to mood disorders as well.

Researchers in a recent study to determine if Ketone body supplementation had any effect on anxiety found that the exogenous Ketone supplementation did indeed provide an anxiolytic effect and could be used to reduce anxiety, either as an adjunct to a Ketogenic diet or as an alternative to the ketogenic diet for those whose tight adherence to the diet would be unlikely.

With the World Health Organization stating that 1 out of every 4 people worldwide will suffer some form of mental or neurological disorder at some period in their lives, it’s safe to say a change is urgently needed.

Major Depression (MDD) and Anxiety (AD) are the most common disorders, with 1 in 13 suffering from them. Serious mental health disorders are currently losing Americans a cool 193.2 Billion in potential earnings each year, and mood disorders are coming in as the third most common cause in the U.S. for hospitalization of individuals between the ages of 18-44.

With so many individuals suffering from these often debilitating disorders, it is imperative that we address the physiological contributors to mental disorders, as well as the psychological ones.

Significant research shows a commonality in the dysfunction of energy metabolism in most mental disorders such as Schizophrenia, bipolar disorder, major depressive disorder, anxiety disorders and ADHD, which are sharing this trait with some neurological disorders such as Alzheimer’s disease, Parkinson’s and Autism Spectrum disorder as well.

A growing body of research shows evidence for the use of exogenous ketone salts or esters being used to induce a state of nutritional ketosis leading to significant improvements in metabolic functions, such as mitochondrial efficiency and reduced inflammation. Researchers agreed that specific ketogenic protocols for psychiatric disorders were worth pursuing for future treatment.

The antidepressant properties of the Ketogenic diet are often anecdotally shared by those who have experienced the powerful change first hand, and animal models clearly suggest that BHB is able to trigger the expression of brain-derived neurotropic factor (BDNF) and the increase in H3K9bhb, which is suppressed in those with depression. Beta-hydroxybutyrate also exercises anti-inflammatory effects through the restriction of NLRP3 inflammasome, which we saw earlier in conjunction with ROS and ischemic stroke, demonstrating anti-depressant and anti-anxiety effects through reduction of hippocampal inflammation.

With over 30% of those being treated with anti-depressants for depression showing little to no improvement, it’s little wonder that those who have adopted a ketogenic lifestyle for various health reasons are often pleasantly surprised at the anti-depressant and anxiolytic effects of the diet.

It would seem that increasing ketone bodies, whether through adherence to a Ketogenic diet or through exogenous ketone supplementation, may be an excellent idea for any of us who are aging or who simply want to function more like a spring chicken (Organic and Pastured, of course) than a bedraggled goose.

So, if you already had your keys in hand and were halfway out the door before realizing you weren’t exactly sure where to find an exogenous ketone, the solution is easier than you likely imagined.

Coconut oil, something you may already have in your pantry, is an excellent source of MCTs.

Coconut oil is a saturated fat that is composed of mostly medium-chain triglycerides otherwise known as MCTs.

MCTs have a noted advantage over other fats as the medium-chain fatty acids require only three steps to be converted to fuel in contrast to the 26 steps need for other fats.

The ease with which the body is able to break apart the carbon bonds in medium-chain fatty acids and the fact that they do not require bile to break them down, make them a readily available energy source for the mitochondria where they are quickly able to cross the through the double membrane of the cell and create ketone bodies.

Using coconut oil for improving your health has been demonstrated in thousands of studies and the brain is no exception.

Studies linking the humble fat to significant improvements in Alzheimer’s research, has been contributed to the ketones the body creates out of the medium-chain fatty acids which make up coconut oil.

It also has a myriad of other health benefits which can be found in greater detail in this article.

The kind of coconut oil you choose is also important, and this article will sort out the truth from the hype:

I and my family normally follow a nutritionally dense cyclical ketogenic diet with intermittent fasting, which includes the use of coconut oil as my first choice for cooking.

I find it’s remarkable for our blood sugar and allows me to have the energy to deal with the 90,000 problems that need immediate solving in my day.

This way of eating is less for the resultant weight-loss and more for function and survival in my world. I also use coconut oil in my  coffee.

If you have been looking for something yummy, that makes you smile and focus all at the same time, look no further than right below.

Place all the above ingredients in your blender and blend until smooth.

This makes enough to share, so sit down and relax with a good friend and enjoy the brain boost!