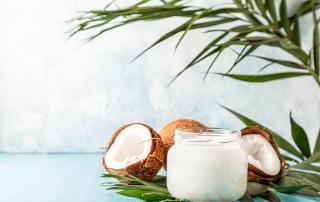 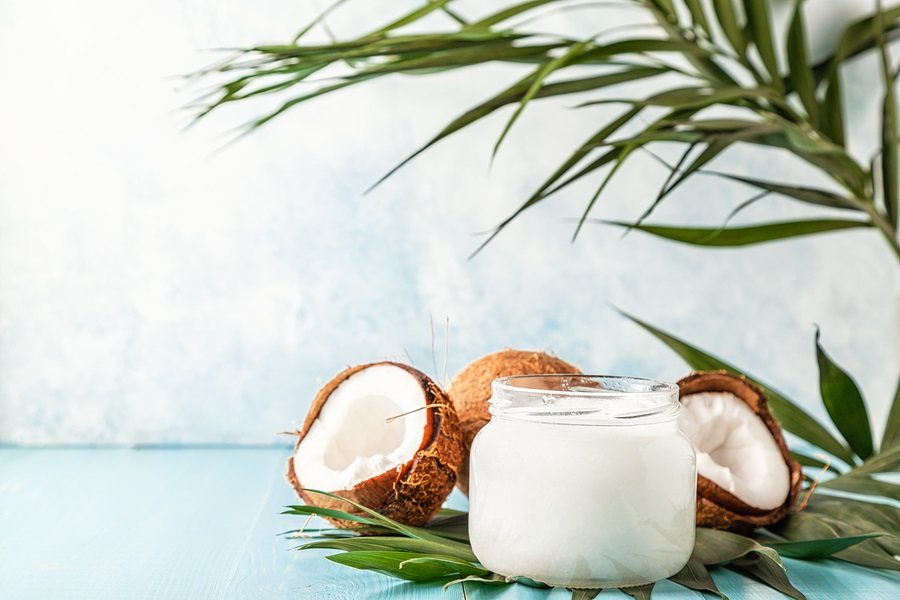 With Chronic Kidney Disease (CKD) on the rise, and its clear relationship to unmanaged blood sugar and blood pressure unquestioned, virgin coconut oil is proving a valuable addition to the fight with ameliorate kidney function parameters in suffers of CKD and can even be protective for those at risk for the disease.

Lowering your risk for kidney dysfunction rests largely on lifestyle changes, but for change to occur in something so entrenched as an individual’s lifestyle, there is a need for impetus, and despite the fact that over 37 million people in the US alone are estimated to have CKD, many of those are completely unaware of the slippery slope they are currently on or headed towards.

For many people with damaged kidney function, the first they’ll hear of it is during a doctor’s visit, after damage has already begun and is revealed through blood and urine tests.

This ignorance of their condition stems from the lack of concerning symptoms, which would normally alert an individual to the presence of illness or disease and signify a need for change.

Sadly, even with diabetes and cardiovascular disease being linked to more than half the CKD cases, very little has been done to educate the population on practical management of blood sugar and blood pressure through dietary and lifestyle changes, which can prevent the incidence of kidney dysfunction to begin with.

Diabetics make up the majority of kidney failure incidences with high blood pressure coming in as the  second leading cause of altered kidney function and family history, obesity and heart disease being listed by the CDC as overall contributing factors.

It should be noted that high blood pressure can also be the result of kidney dysfunction as well as a causative factor.

In almost all the previously mentioned diseases, diet is a contributing cause, as well as lifestyle choices including poor sleep habits, stress and a lack of regular exercise, which compound and even further damage in the kidneys.

With a chronic metabolic disorder, such as Diabetes mellitus, glycemic control is critical.

Unmanaged hyperglycemia (elevated blood glucose) leads to structural change in the kidneys, which in turn prevents proper filtration of blood, causing waste build up in the body.

The kidneys are also responsible for balancing salts and minerals in your blood, for making hormones used by the body to control your blood pressure, for creating red blood cells and maintaining the integrity of your bones.

People who suffer from CKD are likely to become malnourished, anemic or have bone disease as the disease progresses.

For those who suffer from chronic kidney disease, management of their condition involves reducing stress, getting proper sleep, maintaining a healthy weight, exercising regularly, limiting or eliminating alcohol usage and eating a healthful diet.

While there are many theories on what constitutes a healthy diet, there are some intriguing studies that are taking a look at the diet long used as a management for treatment of resistant epilepsy and has recently been lauded for its brain health and weight loss benefits, the ketogenic diet, as a possible therapy for CKD.

Despite its hotly-debated tenets, it continues to build steam as more and more individuals extol the virtues of “going keto” and researchers and scientists scramble to legitimize or vilify it.

In an article published in Live Science, titled Could a High-Fat, Low-Carb Diet Someday Replace Dialysis?, the author discusses a study showing the ketogenic diet’s potential for reversing diabetic nephropathy and perhaps even eliminating the need for dialysis, which allows blood to be filtered artificially in cases of poor function or severe damage in the kidneys.

In a quote given to My Health News Daily, Charles Mobbs, one of the authors of the study and professor of neuroscience and geriatrics and palliative care medicine at Mount Sinai School of Medicine located in New York City, speculated concerning the Ketogenic diet,

” … this may be useful to completely cure diabetic kidney failure, and I hope it’s possible. If it’s possible we can potentially not require dialysis.  That’s a big deal.”

The study also showed that ketone bodies, such as Beta-hydroxybutyrate (BHB), contributed to a reduction in glucose response and in improving blood sugar balance.

Researchers realize more conclusive studies need to be done before they can move on to human trials and determine whether the high-fat low-carbohydrate diet holds the key to reversing kidney disease, but the evidence thus far is compelling.

In another study published in February of 2019, researchers evaluated the effects of a virgin coconut oil (VCO) supplemented diet, on diabetic rats with impaired kidney function parameters (KFPs). These parameters are markers of kidney disease and particularly nephropathy.

Nephropathy is classified by damage to the small clusters of blood vessels or glomeruli, which filter and clean the blood. This damage occurs when chronically elevated blood sugar, which is associated with diabetes, increases blood pressure, which in turn causes damage to occur in the kidneys’ delicate filtration system.

Previously-done studies have reported the tropical oil, known for its tocotrienols, capric acid, lauric acid and caproic acid, significant anti-diabetic and antioxidant properties, but its influence on kidney function had not been clearly defined.

The twelve-week study included 25 male rats which were divided into five groups. Group 1 was a non-diabetic control group; group 2 was a diabetic control; group 3 consisted of diabetes and Metformin; the fourth  was the diabetes and 10% VCO group; and the final and fifth group was a diabetes and 20% VCO. Groups two through five were given Strepozotocin to induce Diabetes mellitus, and after a 72-hour fast, confirmation of hyperglycemia was attained via glucose oxidase method, an enzyme specific to glucose and not blood saccharides.

All participants ate a normal rat chow diet until week eight, at which point serum and urine were biochemically analyzed and the groups diets diverged, with the first two groups continuing to eat their former diet and the other three being fed diets with VCO and Metformin for the following four weeks.

The study showed alterations in kidney function parameters in the diabetic control group, which was significantly improved with the use of dietary virgin coconut oil. The researchers concluded that the degenerative effects of Diabetes mellitus on the kidneys, through alteration of their function, could be prevented, reversed or ameliorated with the use of VCO as a supplement to the diet.

It’s interesting that virgin coconut oil, which is often a prominent part of a healthy ketogenic diet, also shows promise in studies as a potential therapy in the treatment and prevention of kidney dysfunction.

Perhaps the only thing standing in the way of discovering the full benefits of virgin coconut oil in the treatment of chronic kidney disease and fully embracing it, is our society’s ingrained acceptance of long held and poorly supported nutritional doctrine.

Many of us have had to change our lifestyle in an attempt to offset a past filled with damaging “healthy” habits, which we thought were a good thing at the time, only to discover our older selves have been called on to pay the piper for our unwitting neglect.

Some of the changes we need to make are uncomfortable and difficult. They mean a paradigm shift and changing deeply entrenched thinking, but other changes may be as simple as adding virgin coconut oil to our daily regimen, which is much easier than coming to terms with the fact that the fluffy white breads that made our childhood school lunches so wonder-ful, may not have been as innocent as the bunny made them seem.

It’s rather easy to look back and recognize that we may have gone astray with the embracing of the questionable “cream” substance stuffed into cylindrical spongy cakes, which had an approximate shelf life of eternity… and beyond.

Perhaps, we might even recognize our naiveté in the consumption of candy bars and ice creams that were delivered to our doorsteps in brightly colored wrappers and accompanied by a cheerful tune, which did nothing to indicate its villainous effects on our unsuspecting youthful bodies.

However, it is far more difficult to grasp the worthlessness of decades of insipid low-fat foods, painstakingly engineered and enthusiastically purchased, for their heart protective potential, sugar free everything to slim our ever expanding waistlines and the cultural obsession with carbohydrates and polyunsaturated fats, which have left us physiologically vulnerable to chronic diseases such as diabetes, heart disease and autoimmune to name just a few.

Is it really any wonder that a groundswell of support for natural, healthy, saturated fats, such as virgin coconut oil, tallow and butter, has spurred a health revolution and sent researchers scurrying back to the drawing board in an attempt to explain or argue away the overwhelming antidotal evidence encapsulated in the experiences of millions of individuals who are tired of being sick and tired and changed their paradigm?

Luckily in the cases of kidney function and diabetes, science is confirming that there is hope to be found in change… and that a couple of tablespoons of virgin coconut oil consumed daily may be just the place to start.